We have already studied the duration of the day on earth. which all the scientists on the earth accept to be 24 hours. If we speak more precisely it is 23 hours and 56 minutes. But the earth is also revolving around the sun in an Orbit. That means after 360-degree turn earth does not face the Sun from the exact same positions when it started. But we have considered the position of the sun from the point Earth started rotating as the indicator. For the earth to reach the exact same positions respective to the sun it has to rotate 1 Degree more. But the humans have traditionally chosen the exact position of the Sun with respect to Earth to determine days. 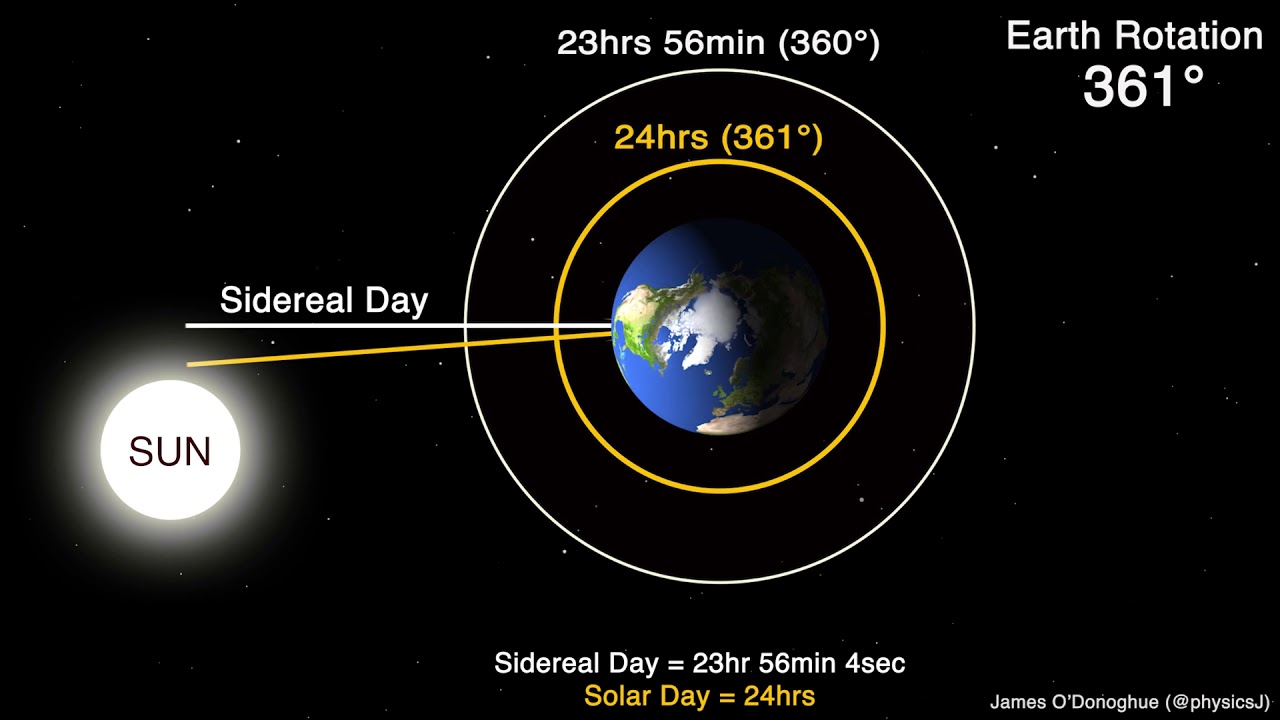 Definition of the two methods:

In scientific terms, there are two different types of methods used to measure day. The first method is the one that uses the completion of 360-degree rotation. This is called the sidereal day. The second method which uses the position of the sun is called solar day. The second method or Solar day measurement is 4 minutes longer than the first one. hence completing the 24 hours which everyone is used to. the differences in the measurement of two types of days can be seen because of our moment in orbit. If the revolution of the earth was not there both the days would have measured equal. Because the Solar days are chosen as a standard for measuring days. but in reality, the Earth takes 366 days to complete 1 year when counted according to Sidereal day.