As rumours are buzzing in the Hindi Film industry, the Padman superstar Akshay Kumar’s new release Raksha Bandhan didn’t perform as well as expected. The movie seems to be an immensely underperforming one and just made up to reach Rs. 8.2 crore on the first day of movie launching.

The year 2022 is not very charismatic for Akshay Kumar as far as now. The movie had an abysmal performance by the cast and did not impress people enough to go to the PVRs and buy tickets for it.

Clash of Raksha Bandhan with other Bollywood movies

The date of release of Akshay Kumar’s Raksha Bandhan has somewhat clashed with Aamir Khan and Kareena Kapoor Khan’s independence weekend release, “Laal Singh Chaddha.” The fellow film got a double-digit score at the box office, which was Rs. 10.7 crores on the first release day itself!

The other two flop movies of this year by Akshay Kumar are Bachchhan Pandey and Samrat Prithviraj, and Raksha Bandhan could not beat that. It proves that the Khiladi actor’s stars are not that strong for this year. People were expecting the start of this film to be much more than what it is currently. The entire film and trade industry is hard-held in shock by the weak outcome of this film. 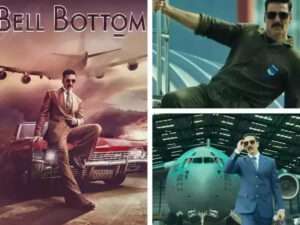 Raksha Bandhan in comparison with previous films of Akshay Kumar

At times of the Covid lockdown, the earlier film by superstar Akshay Kumar, which was Sooryavanshi, was a box office hit, and the movie earned a net amount of Rs. 26.29 crores on the initial day itself. The bell bottom film released by Akshay Kumar was another big flop, and the film returned with only Rs. 2.75 crores on the first day and did not get much appreciation from the audience.

The estimation for bell bottom was near about Rs. 5 crores, but it did not even have the potential to reach that. The storyline of his film Bachchhan Pandey was very poor, and only Rs. 13.25 crore was earned by the film, and it was in line competition with “The Kashmir Files.” 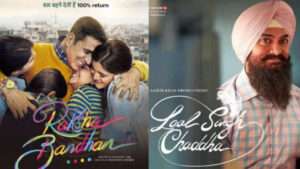 The screen for Raksha Bandhan was less as compared to Laal Singh Chaddha.

The latest Independence Day linked movie of Aamir Khan has approximately 850 screens, more than Akshay Kumar’s Raksha Bandhan. It is supposed to be a solid reason people prefer to watch Laal Sing Chaddha rather than Raksha Bandhan.

According to the statistics, Akshay Kumar movies have only 2500 screens across the country. In contrast, the release of Aamir Khan has 3350 screens in total in the whole country, which is relatively more.