New Advisory by the US, maybe a declaration of a new cold war 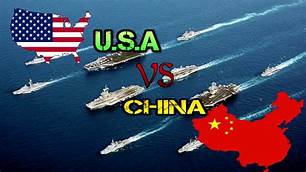 This Tuesday the United States issued a new travel advisory. It has warned its citizens against visiting HK and China. This comes in midst of high tensions between the two countries. Emotions run high as US President blames the current global pandemic on China. He has time and again stated that the ‘Chinese Virus’ is a deliberate ploy. This was done to ensure that America does not remain as strong as it currently is and to hurt various countries financially. This, according to many is done in an attempt to become the new global superpower. 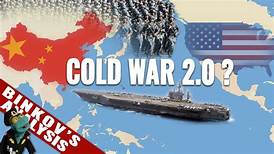 The reasons as stated by the US are arbitrary detention and arbitrary enforcement of local laws. This is often a major fear of American tourists travelling to countries like China and North Korea.

The reason behind such arbitrary moves by China is varied. Firstly they may seek some amount of trad benefits and such in exchange for releasing the civilians. China is known to have used exit bans and such for various personal gains. Such incidents remain uncommon in most European or Western countries. However, China is all too familiar with them. Hence as a precautionary measure, US decided to issue certain advisories to avoid such unfortunate and awkward situations. As being in an already hostile environment both countries remain cautious of each other.

This move by the US will further tighten its problems with China. These saw expedited growth when China decided to enact its strict and arbitrary National Security Law. This movement by the Chinese is seen as an attempt to reduce autonomy for HK. Many view the new law as a disgrace towards a treat signed between China and the UK. In addition, it is also treated as an attempt by the Chinese to suppress the culture of HK.