TechnologyGoogle Event: What to Expect?

Google Event: What to Expect? 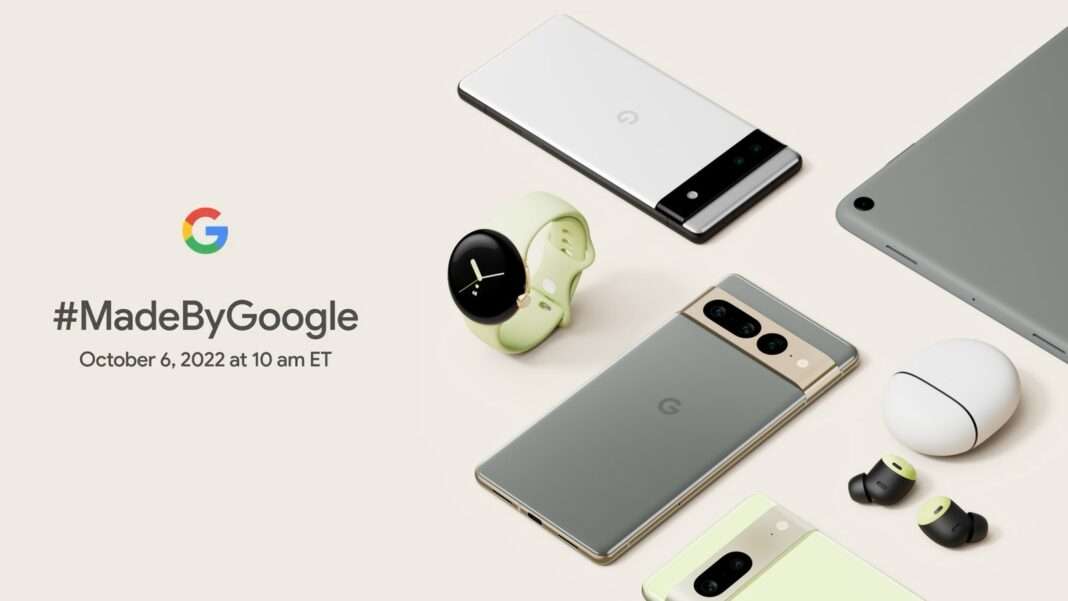 Google will introduce its new Pixel 7 phone lineup during its forthcoming Made by Google event. Hence this event is on this coming Thursday, October 6.

The Google Pixel 7 phone lineup will officially launch on October 6, 2022. Further, as per information according to the tech giant, who first teased the Pixel 7 phone range in May 2022 during its Google I/O developer conference.

Hence this Thursday’ all can wait and expect to see the formal introduction of the Google Pixel 7 Pro, Pixel 7. It is a new Pixel Watch. However, the company has already made a video showcasing the Pixel 7 Pro’s design. They will still make some big announcements on that day.

When will the Google event be broadcast?

Google’s fall launch event will be live on October 6 at 7 AM PT, 10 AM ET, and 3 PM BST. Additionally, you’ll be able to view it again later.

When will the Google event be streamed live?

Visit the Google Fall Event webpage to view the event live. It makes it simple to view the live stream on launch day. You can also add the event to your calendar. Additionally, we anticipate Google will stream the event on YouTube.

What is currently known about Google Pixel 7 Pro

Google unveiled a video of the Google Pixel 7 Pro that reveals the device’s whole appearance. To boost this year’s model’s GPU, NPU, and modem, Google has stated that the Pixel 7 Pro will debut with the new Tensor G2 chip.

It now appears that this may be the only significant change for the Pro model. Hence it is due to a substantial spec leak from the prolific Yogesh Brar.

The rumor claims that the Pixel 7 Pro’s display will be identical to that of the Pixel 6 Pro. The battery will have a capacity of 5,000 mAh and support 30W fast charging.

According to rumors, the Pixel 7 Pro will have identical three-camera setups. As its forerunner, a 50MP primary, a 12MP ultra-wide, and a 48MP telephoto lens. We can expect improvements as the telecamera switches from the Sony IMX586 to the Samsung GM1.

Although the resolution of the selfie camera will remain at 11 MP, it will receive a minor improvement. It is with the addition of autofocus. Twitter has added to the rumors about these eagerly awaited gadgets.