EntertainmentJonnie Irwin was terminated from A Place In The Sun once he... 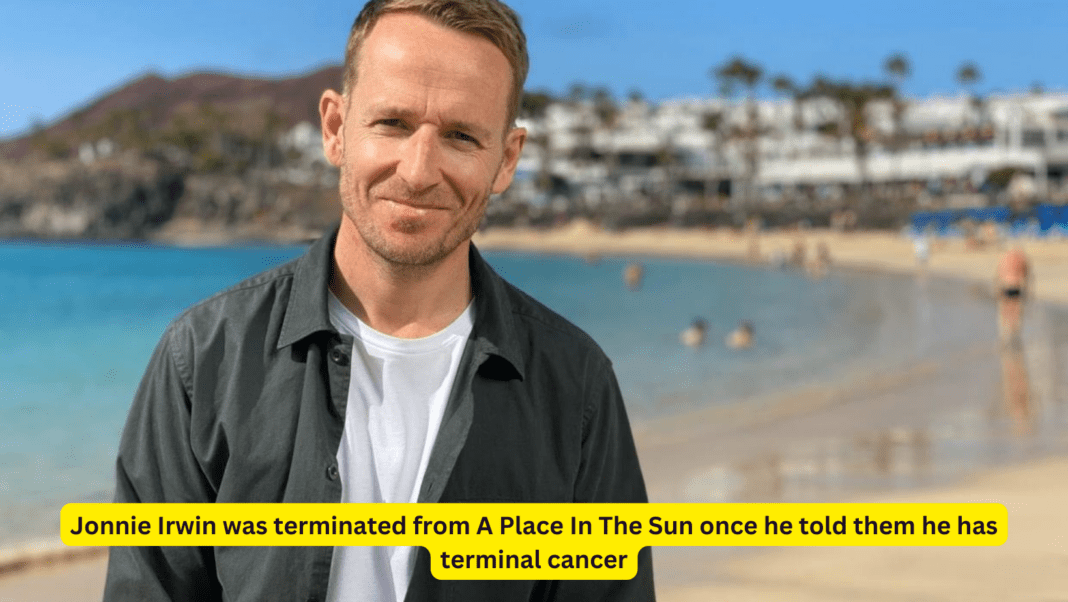 Welcome back to another interesting scoop from the entertainment industry. Here we are back again with something exciting for you. Recently, Jonnie Irwin made it to the headlines. What’s the story about it? We will try to cover it all. Read the article to learn more about the story.

On Instagram, Jonnie posted a photo of himself with his wife and three kids and captioned it: “I regret to inform you that I have some bad news to give. I have spoken out to @hellomag about my past.” It didn’t take long for the post to get overwhelmed with replies.

What is Jonnie Irwin diagnosed with?

Jonnie Irwin claims he was fired after a cancer diagnosis. He was the host of A Place In The Sun. Moreover, the Channel 4 show producers have been accused of firing Jonnie because of his illness.

The 48-year-old host on BBC said his lung cancer had spread to his brain. He claimed that his physicians had given him a prognosis of six months. While speaking with Hello magazine, Jonnie Irwin expressed his desire to encourage people to “make the most of every day” by disclosing their diagnoses. While travelling across Italy in August 2020 for the set of A Place in the Sun, he noticed his vision was fuzzy and realised something was wrong.

What did he say about the terminal from his job?

He claims he was paid off during production and forced to leave the show. The TV host recently told the Sun tabloid, “That destroyed my heart.” Due to his cancer, Jonnie has just months to live. The 49-year-old woman told the Sun, “As soon as people find out you’ve had cancer, they write you off. Sure, I’m in stage four, and it’s terminal; but not just yet; give me time to enjoy life while I still can.

Further, Jonnie Irwin said, “Unfortunately, I didn’t receive any help from A Place in the Sun. I expressed my interest in employment. I was met with the exact words, “Oh, you don’t want to go down that line, do you?” when I offered to provide documentation from my doctor and reassurances from my oncologist proving that I am fit for work.

Rather than saying, “We can’t acquire the insurance,” they responded, “We don’t think we can get the insurance.” My emotional and mental health suffered as a result of that. In less than two weeks, my work was being done by someone else on television. After 18 years, I feel I’ve deserved a little more from them. It meant a lot to me because it was my first TV gig.”

Furthermore, Jonnie advocates for the purchase of life insurance. He said, “That has helped a great deal, and when I leave this earth, I’ll do so knowing Jess and the boys are in a house that is totally paid for and there’s a bit of money in the bank for them to live off.” 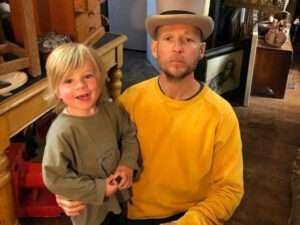 The news of Jonnie Irwin getting diagnosed with cancer shocked many people. Channel 4 was highly criticised after sacking Jonnie Irwin. Moreover, he was flooded with support from all around the world.

Share
Facebook
Twitter
Pinterest
WhatsApp
Previous article
Bruce Lee : What is the possible cause of his death? Was drinking alot water a cause?
Next article
Wilko Johnson : UK charismatic guitarists died at the age of 75