EntertainmentBruce Lee : What is the possible cause of his death? Was...

Bruce Lee : What is the possible cause of his death? Was drinking alot water a cause? 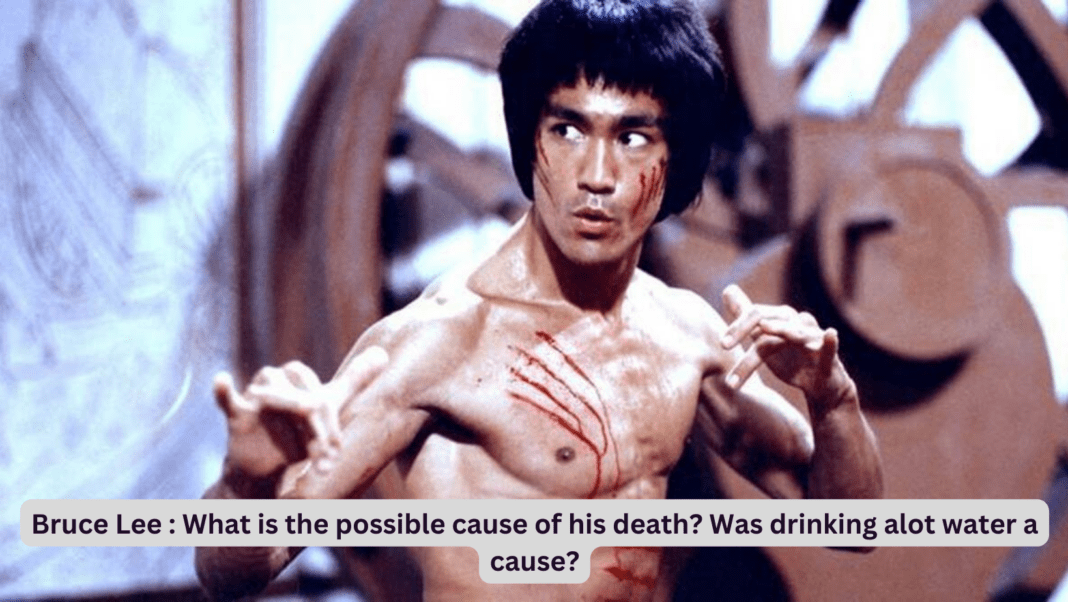 Did Bruce Lee die because of drinking water?

A shocking revelation after 50 years of the death of the LEGEND!

The man who made the quote “Be Water My Friend” has ironically died from drinking excess water.

The Death of the Legend Bruce Lee

The legendary martial artist Bruce Lee, a healthy young individual, died in 1973 at 32 in Hong Kong. However, the cause of death was believed to be cerebral edema – a swelling in the brain. He collapsed after a doctor diagnosed him with cerebral edema. Bruce Lee has admitted that he consumed Napalese hash before being admitted to the hospital. 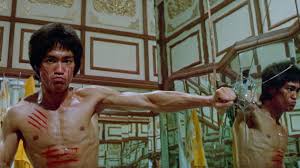 The Conspiracy Theories Surrounding the Death of Bruce Lee

Bruce Lee’s death has been the most debated subject, with a lot of conspiracy theories surrounding the death for over a decade.

One such theory believes that Chinese gangsters assassinated Bruce Lee. Some even believe that he was poisoned by a lover, or he could have even been the victim of a curse.

But researchers have come up with a shocking revelation.

A study conducted for the Clinical Kidney Journal reveals that Hyponatremia could have caused Bruce Lee’s death. Hyponatremia is a condition in which the kidney fails to excrete excess water. As a result, the concentration of sodium in the blood lessens.

Research suggests that he could have consumed more water in the form of juice and protein drinks which could have led to his death. 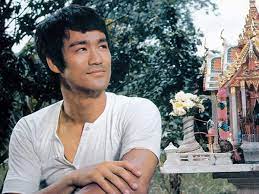 An autopsy on Bruce Lee death revealed that his brain had swelled more than the average size. Hence, it was concluded that the cause of death was brain swelling due to the painkiller he took, not poison.

What does Linda have to say?

In Matthew Polly‘s book ‘Bruce Lee – A Life,’ his wife Linda stated that he drank some water that made him tired and thirsty, and soon after, he complained of a headache and started feeling dizzy. He took the painkiller Equagesic to control the headache. But after consumption, he was unresponsive for 2 hours.

Linda also stated that Bruce Lee gave up solid-based food at a point and shifted to a complete fluid-based diet comprised of apple and carrot juice. 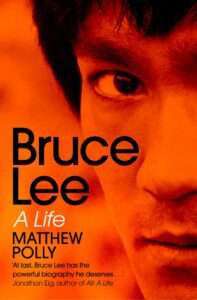 Bruce Lee has suffered cerebral edema 2 months before his death. His marijuana use, alcohol consumption, low sodium diet, prescription drugs, and fitness routine could have been the risk factors that led to hyponatremia.

Though hyponatremia is associated with excess water intake, Lee’s water consumption was not excessive but could have been so for someone athletic like him.

Lee’s legacy as a martial artist still lives as a character in video games and fighting games.

His mindful advice, “be water, my friend,” is better taken with some salt. Will always stay with us! He is still always with us!

Share
Facebook
Twitter
Pinterest
WhatsApp
Previous article
Pitch Perfect: Bumper in Berlin all the details about the series.
Next article
Jonnie Irwin was terminated from A Place In The Sun once he told them he has terminal cancer