EntertainmentYellowstone Season 5: All the details about how and where to watch...

Yellowstone Season 5: All the details about how and where to watch it 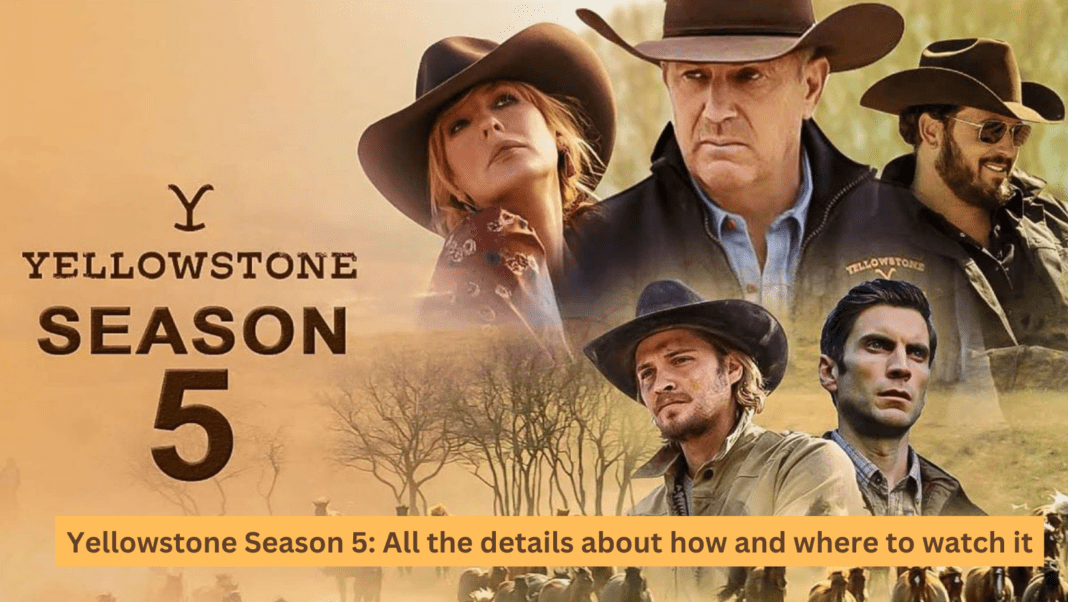 Hello, Yellowstone fans. As we know that Yellowstone season 5 is coming back to screens. Critics highly praise this Paramount Network’s production.

This weekend sees the return of Yellowstone for an expanded fifth season. The modern Western on Paramount Network has become a full-fledged franchise since its 2018 debut.

The Yellowstone was watched by 15 million viewers tuning the season four finale in January 2022. Yellowstone dethroned AMC’s The Walking Dead as cable television’s most popular program. Season 5 of Yellowstone will be starring Kevin Costner as the patriarch of a wealthy cattle ranching family. Moreover, the show was delayed for nearly a year.

We’ve got the scoop on where and when you can watch the first four seasons and the premiere of season five. Are we ready for the show, and what can we expect?  Let’s get started to uncover more.

Where can you watch Yellowstone season 5?

Yellowstone season five premiered on November 13 on the Paramount Network. Moreover, the episodes will be released every week. Season five will feature 14 episodes.

Yellowstone may air on the Paramount Network. However, despite this fact, streamers can’t stream it over Paramount+. Moreover, this may lead to some confusion. The complete back catalog of the show is available on Peacock.

Without a cable subscription, you can watch it for free with a 7-day trial of Philo. There is a $25 monthly fee to use the service. A second option is to subscribe to SlingTV, which costs $20 for the first month and $40 after that.

Season 5 episodes will be available on Amazon Prime, Vudu, and iTunes and will make their way to Peacock at some unspecified point. The streamer typically releases all episodes for a season within a few weeks of the finale.

What is the plot for this Season?

Yellowstone Season 5 is now available, bringing viewers back to Montana to find out what’s next for the Dutton family in their fight to keep has shown the western genre is far from dead. Yellowstone’s cowboys have become one of TV’s biggest draws. Reportedly, 10.3 million people watched the season 4 finale. Has season 5 done better?

Where can your watch previous seasons?

Likely, you’ve already discovered that you can’t watch anything on Netflix, Hulu, or Amazon Prime because you don’t have cable. Please don’t freak out! The first four seasons can be viewed easily.

You only need a streaming device and a free account to watch the pilot episode. Subsequently, a Peacock Premium membership is required. You can also buy individual episodes on Amazon, iTunes, and Vudu.

What is the cast of Yellowstone season 5?

The Duttons are a central part of Yellowstone life, and the clan includes:

John Dutton, played by Kevin Costner, is the patriarch of the Dutton family and is “Driven” to defend the family’s property and name at nearly any cost. John Dutton has joined the ranks of Costner’s other signature roles.

Beth Dutton, played by Kelly Reilly, is a cold-blooded businesswoman and her father’s staunchest defender. Besides Cavalry and Flight, Reilly has a substantial reputation.
Luke Grimes portrays Kayce Dutton as John Dutton’s youngest son. He tries to do right by his father while prioritizing his own family. Portrayed by Wes Bentley, Jamie Dutton is the adopted son of John Dutton and the family’s outcast. 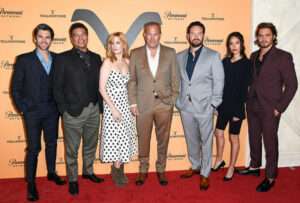 Other Yellowstone series regulars who will be back for season 5 include:

Q. How many episodes will Yellowstone season five will have?

A. Paramount Network will air all 14 episodes every Sunday at 8 p.m. ET/PT.

Q. What is Yellowstone season five all about?

A. The Dutton family of the United States is the focus of Yellowstone. In the show, Costner plays John Dutton, whose family insists on inheriting the land. Dutton has constant disagreements with the nearby ranch owners and Indigenous communities. Several questions were left unanswered at the end of Season 4, making Season 5 all the more intriguing.

Q. When will Yellowstone Season 5 start?

A. Season 5 of Yellowstone has officially begun filming in Montana, as announced by Paramount on May 16. When asked by Deadline when filming would begin, Taylor Sheridan said May of 2022, so this announcement is no surprise.

Q. When will Yellowstone Season 5 be available to watch online?

A. On Sunday, November 13th, Yellowstone will premiere on the Paramount Network, marking the family’s return to the network. Midway through the month of February, Paramount Network announced that Season 5 would be split into two parts.

After providing the details of Yellowstone season 5, we come to the concluding note. The season made its debut on 13th November 2022. Make sure you don’t miss the drama of the family. This highly praised drama is back again to unfold for some major reasons.

Yellowstone Season 5 is finally here, and viewers are eager to return to Montana to discover what happens next. To be sure, Yellowstone’s cowboys are far from the John Wayne-made neo-westerns of Taylor Sheridan, but they have television’s biggest draws. It was then reported that 10.3 million people watched the season 4 finale. How about season 5?