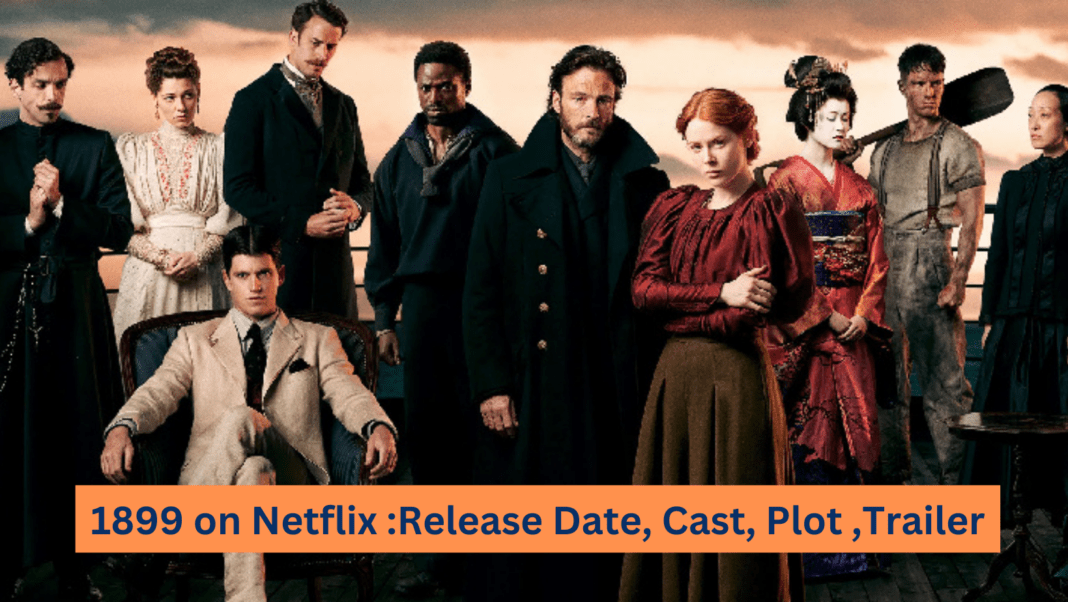 Are you ready for the upcoming sci-fi series 1899 on Netflix? This is a treat for Netflix buffs after a long while. This all-new Netflix series is ready to spread its magic over the silver screen. Curated by Friese and Odar, this upcoming German thriller will portray epic mystery filled with suspense, thrill, and horror.

Grab some popcorn to fill your senses with the best horrific tales. Find out about the cast, plot, premiere date, and more of the new historical mystery horror TV series.

Furthermore, the article will unfurl more about the series and where you can watch it. Its official release date is also announced. This autumn release is all set to bring beat action and suspense for us. Don’t wait much; we are decked up with the best action this holiday season.

Overview of this horrific tale 1899 on Netflix

The television series 1899 on Netflix falls under the banner Of The Dark. Though the pre-production was officially started in November 2020.Whereas the series will start to film in May 2021. The film was set to shoot in various locations, such as London and Germany. The shooting of the film wrapped up in November 2021.

See also  Maid Season 2: Can we expect another Season from Netflix? 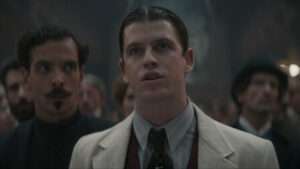 In 2018, Netflix-linked German directing duo Friese and Odar created this masterpiece. Earlier, the duo gave the cinematic masterpiece Dark. This aired for three seasons. On the same lines, 1899 on Netflix is also linked to it.

Most importantly, a seemingly straightforward trip to the promised land becomes a nightmare of astonishing dimensions.

This is another spellbound curation filled with horror; the writing will surely leave the heart racing. It is a cut thing age technology project portraying amazing visual effects. Fans are expected to enjoy the most majestic motion graphics with high-level edits

We know that you are enthralled to know about its release date. 1899 will soon be available on Netflix for Dark fans in autumn 2022.

In September, Netflix premiered its episode in the 2022 edition of the Toronto International Film Festival. They premiered two episodes of the series. The series got delayed several times. Now, after such long waits, fans can watch it on Netflix. The series will start to premiere on 17th November 2022. So the wait will finally be over for fans.

This autumn release will have eight episodes. The first episode is named The Ship. The running time of each episode will be 60 minutes. This epic drama will be released in multilingual formats.

On June 6, 2022, a one-minute teaser was released to give viewers a taste of what was to come. Fans of Dark are likely already familiar with the genre’s penchant for obscure symbols and outlandish items. In the first scene, a confused group of passengers are seen and asked in a voiceover why they are aboard the ship. The common response is that everyone is escaping from trouble.

See also  Another Life Season 3: Why did Netflix cancel the upcoming Season?

The following sequences show the passengers’ encounters with the alien vessel. Interestingly, something terrible appears to be aboard this ship. The project’s complexity is on display in the elaborate costume designs and special effects that populate several scenes. The lack of resolution is also noticeable, as with most teasers, but it is especially glaring in a mystery horror.

Moreover, the markers of 1899 on Netflix released trailers and teasers for the fans. The trailer was released in Oct 2022. Furthermore, the trailer depicts European migrants who left London. They relocated to New York, USA. The immigrants are left on a steamship to start a new life.

Their journey takes an unexpected turn. However, when they come across another migrant ship also lost at sea, they discover abroad. The ship built on their journey to another land into a nightmare-like mystery. It will be linking each passenger passed in integrated connections of secrets.

This state of art action-filled series entails several actors belonging to different ethnicity. Owned by the largest production house in Europe, the series will be best for sci-fi fans.

Belgian actor Jonas and other cast members such as Wong, Edwards, Gael, Pimento, Rosenthal, and Wei have joined the series. Moreover, the actors will speak in their native languages. 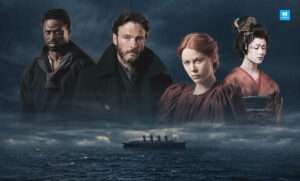 Ans. Fans can stream the movie from 17 November 2022 on Netflix.

Q.What was the average length of each episode in 1899?

Ans. Each episode has a running time of one hour.

Q.How many episodes will the series in 1899 have?

Ans. Series 1899 will have eight episodes.

We hope fans will have much to feature and see in this immigrant movie. This drama comes from the house of the franchise dark. Therefore let’s see what the movie holds for its fans.

If you are also a fan of science fiction movies, you should go for this one, as it will cover all your drama, suspense, and horror needs. We hope that whatever is lost will soon be found. Stream this exclusive drama series on Netflix on 17th November 2022.