Our Top Must-Watch Games in the 2022 NCAAF Schedule 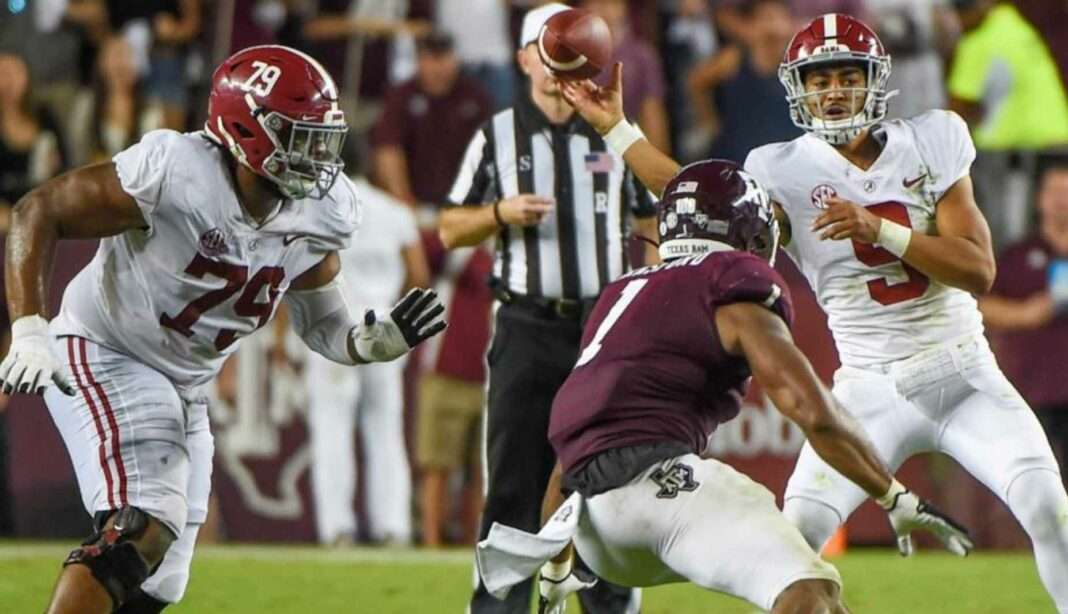 With the 2022 NCAAF schedule out, we can expect to enjoy some of the incredible actions this season. After reviewing the schedule, a few games are on our must-watch list, and we expect them to wow us this season. Some of these matches include top teams we expect to make it to the playoffs.

Since the schedule is out, we want to look at some of our must-watch games in 2022. You can check them out to make your picks. Or you can add all of them to your calendar, depending on what you like. Without wasting time, let’s look at 12 of the different games on our list for the 2022/2023 NCAAF season.

One of the top matchups on our list is the Oregon and Georgia game. It looks like a fun tie that would give us some incredible action in the new season. We expect it to feature the Ducks’ new quarterback Bo Nix as he goes against a rebuilding Dawgs defense. And Dan Lanning, who was Georgia’s defensive coordinator, would be Oregon’s head coach.

LSU has a new head coach, and we would love to see how he sets the team up as they face Florida state on his debut for the Tigers. Brian Kelly already had experience facing the Seminoles, as he has done so five times. On the other hand, Mike Norvell would want to get a better start to the season. So, we expect a tough matchup here.

Billy Napier, the first-year Gators head coach, will have a tough test right off the bat. Florida has become even more aggressive with its non-SEC scheduling, and Utah would be no exception. Utah has finished with double-digit wins in two of the last three years. However, we all know how loud Gainesville’s Ben Hill Griffin can get. Therefore, it is set to be a massive road trial for Utah.

We saw the Bearcats complete a historic season in 2021, becoming the first team to enter the College Football playoff. They are set to have an incredible win if they can mount a CFP case as they prepare to face Arkansas. Although Arkansas finished 9-4 previously, we would see KJ Jefferson back to give them that incredible boost.

Both teams would want a spot in the playoffs, and we know that a win in this tie would push them towards that goal. Therefore, Marcus Freeman would have to do better than the Fiesta Bowl matchup against Oklahoma State. We expect something massive from Freeman as he enters his first entire season.

Texas would look to make a statement win to prove that it is back and better. However, they must get past Nick Saban and the Crimson Tide to solidify their claim. Therefore, we expect a massively tight game with very little to separate them. It won’t be easy, but we think Steve Sarkisian can do some wonders.

See also  US Skater Jackson Skates to Get a Gold

The Baylor and BYU matchup is an exciting tie that would see us enjoy two teams with almost the same goal. BYU was 10-3, while Baylor finished 12-2. This game would be one of the top deciders for playoffs this season. So, if either wants to be in the conversation, they would have to claim a victory.

Wisconsin had one of the best defenses in the 2021 season. They have ranked first ahead of Georgia. In that case, Washington State will go on a journey to Madison to play a team headed by Jake Dickert, who would finally have his entire season after being promoted from the interim gig towards the end of last season.

Oklahoma and Nebraska were one of the heated Big 12 rivals before the move, where Nebraska entered the Big Ten. The Sooners currently have a 46-38-3 edge in the series record. They played the previous year in Norman, but Oklahoma got the win in a close tie that ended 23-16. So, we want to see what comes next.

We expect a big ACC-SEC set up in the third week of the new season. Mario Cristobal will enter his first entire season as the head Coach for the Canes. And we would expect him to gun for an impressive start. Under Jimbo Fisher, Texas A&M is 21-4 and would be preparing for his fifth year in College Station.

The last time we had this matchup, it was a thriller, and we enjoyed every single part. So, we are expecting a repeat of last year’s incredible game. We saw a thrilling match that got us on our toes until the final whistle. We expect more of it when they clash on September 17.