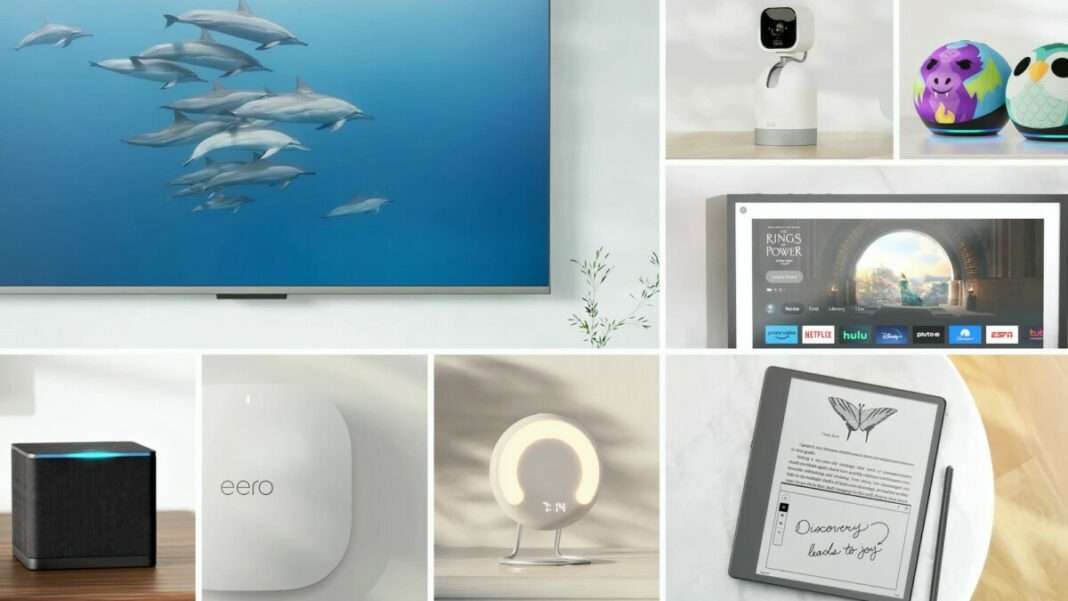 Amazon just finished its annual event announcing new hardware and services. Even though we didn’t get a personal home surveillance drone or an Alexa microwave, Amazon did announce the first Kindle that can be written on. Amazon also announced a much better Fire TV Cube, new Echo speakers, and many other excellent products. Read on if you want to find out about all the new products coming soon to Amazon.

If you’ve ever wished you could write on your Kindle and read, your prayers have been answered! The Kindle Scribe is a big Kindle reader that you can write on with the pen that comes with it. With the pen, you can write down to-do lists, keep a journal, draw, and make notes on PDFs and Word documents.

Amazon didn’t say how big the new device is, but it’s a bigger Kindle Oasis that you can easily hold in both hands. The screen also has a resolution of 300 ppi. Starting today, you can preorder the Kindle Scribe for $339.99, which will ship in time for the holidays.

What about Halo Rise and Echo Studio? 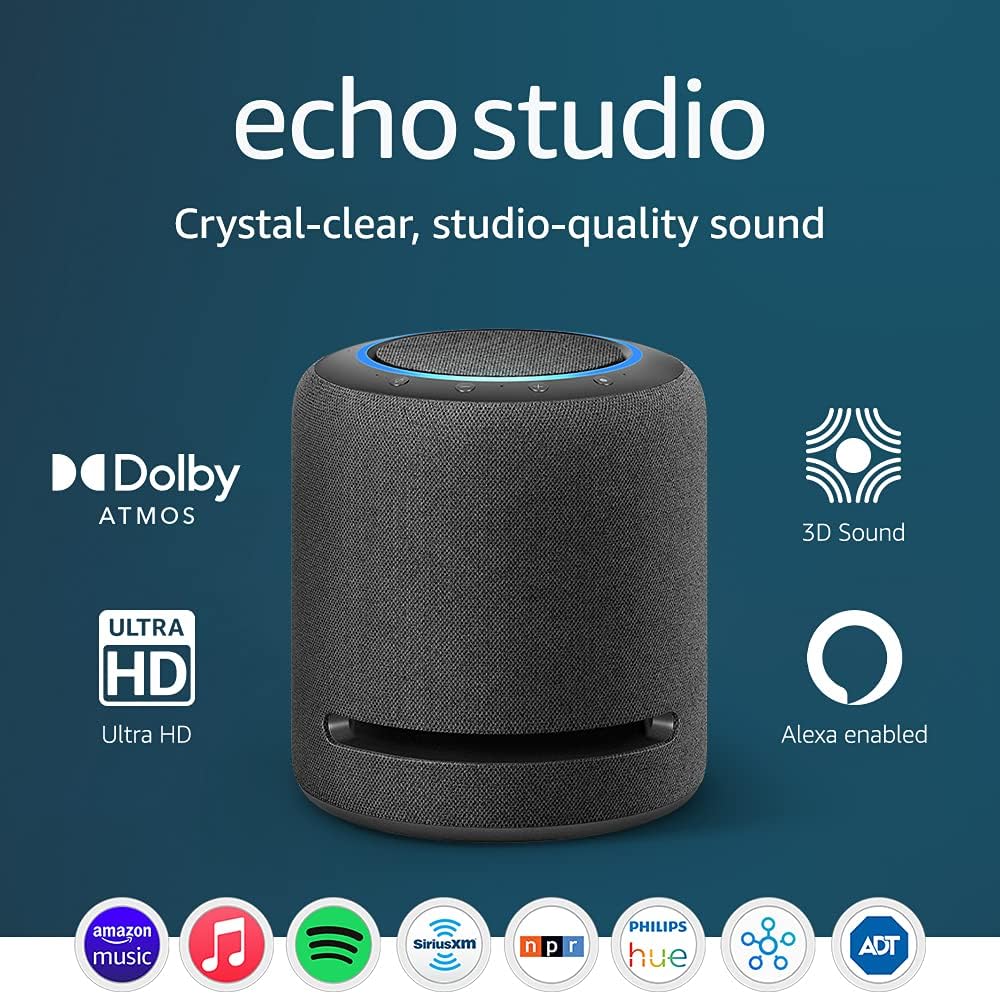 The Amazon Halo Rise is a new bright lamp and alarm clock that can help you track how well you sleep. Instead of wearing a smartwatch or sensor, this device uses sensors and machine learning to track your sleep. It doesn’t have a camera or a microphone, so it won’t watch you while you sleep. But it can keep an eye on your surroundings, like the temperature, humidity, and amount of light. After getting all this information, you’ll be able to see reports about your sleep on an Echo Show device.

The Echo Studio is the most expensive Echo speaker that Amazon has made so far. It has multiple drivers and Dolby Atomos. Amazon says the new speaker has a more precise stereo sound and twice as much bass response as the old one. The Echo Studio will be available for $199 next month.

What will be the significant changes?

There are also some significant changes coming to the Echo Dot. The Echo Dot with Clock has a new high-resolution dot matrix display that shows song titles and calendar events, among other things. All Echo Dots, with or without the clock face, have new sensors, like an accelerometer that lets you tap it to start and stop music and searches. For intelligent home automation, there are also new temperature sensors built in. Every Echo Dot will also have Eero built in. This means they can be used as mesh Wi-Fi extenders for Eero networks and cover an extra 1,000 square feet.

You can now add Alexa to your car for $54. This new Echo device makes it easy to stream music from home to your car. The new device also has roadside assistance, so if you need a jumpstart or have a flat tire, you can get help.

Amazon also announced new Ring and Blink devices that will improve its home security system. Here are all the new things that have been announced:

Amazon added the $299 eero PoE 6 and the $649 eero PoE Gateway to its Eero mesh system products that work with power over Ethernet.

See also  10 Celebrities who Missed Out on some Major Movie Roles! Last but not least, Amazon revealed a new line of Fire TV Omni models. This year, they have been updated with QLED displays that support Dolby Vision IQ, HDR 10+, adaptive brightness, and 96 local dimming zones. They also have a new feature that lets them show your artwork and photos when they are not playing content.