Who Is Pazuzu Algarad? All about the Notorious Serial Killer and His Life

If you are a fan of notoriety or crime fiction, this is something you are going to absolutely cherish. Starting off, John Alexander Lawson (who was later legally known as Pazuzu Algarad) was a staunch Satanist. He believed and loved Satan so deeply, that he decided to change his name to Pazuzu Algarad, meaning “The King of Demons”. Algarad mentioned later that it was due to “religious reasons” that he decided to change his name.

Algarad was born in San Francisco, California, United States of America, on 12th August 1978. Later at some point, Algarad and his mother Cynthia Lawson shifted to Clemmons in North Carolina. At Clemmons, Algarad made allies with his girlfriend, Amber Burch who was accused of slapping and attempting to strangle Algarad’s mother Cynthia. Not much is known about Algarad’s father Timothy Lawson.

Algarad was a self-proclaimed Satanist who was later accused and rumored to have murdered and buried three men in the backyard of his house in North Carolina. It is important to note Algarad’s partners in crime and girlfriend Amber Burch’s role in  the entire incident as well. Burch, like Algarad was also a self-proclaimed Satanist and worshipped the devil. She was later convicted of fatally shooting one man and then helping her partner Agarad in burying another of their victims in Algarad’s backyard. 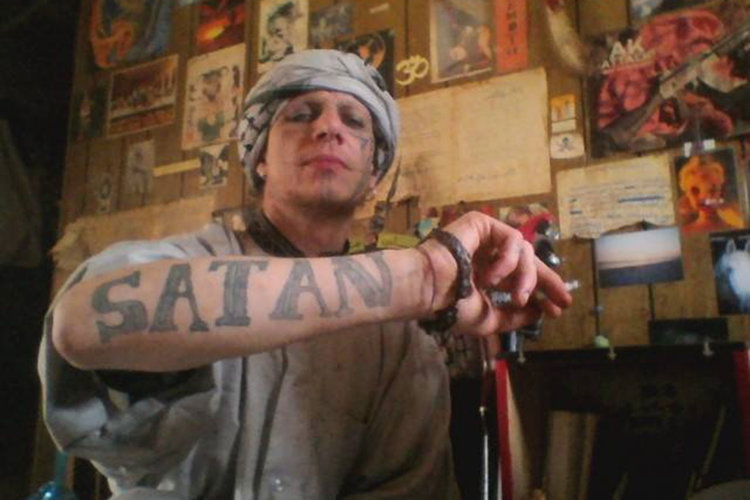 Upon visiting Algarad’s house, country officials declared it unfit for human habitation. It was found to be stuffed with animal feces, mold and was trashy. Cages with animal carcasses, decayed animal organs and walls with dried blood were also found inside the house, apart from dead and living flies as well as urine that had been grounded into the flooring.

The fate of the former home of accused killer Pazuzu Algarad will likely be decided Tuesday. http://t.co/0wFkaLUgNP pic.twitter.com/l1AD0IPQu5

Algarad and his girlfriend Burch were arrested on 5th October, 2014, thus bringing an end to a classic nightmare in the USA. They were charged with murder and the burial of three men in their backyard and faced prison sentences. Pazuzu Algarad was found unresponsive, in his cell, with a self-inflicted wound around 3 am in Central Prison in Raleigh. He was declared dead by the forensics around 4:30 am, the same day.

A documentary based on Algarad’s life was released posthumously about life and the crimes he committed. It was titled “The Devil You Know”, and was produced and directed by Patricia Gillespie. The documentary gives the viewers a detailed emphasis on the killer’s life.