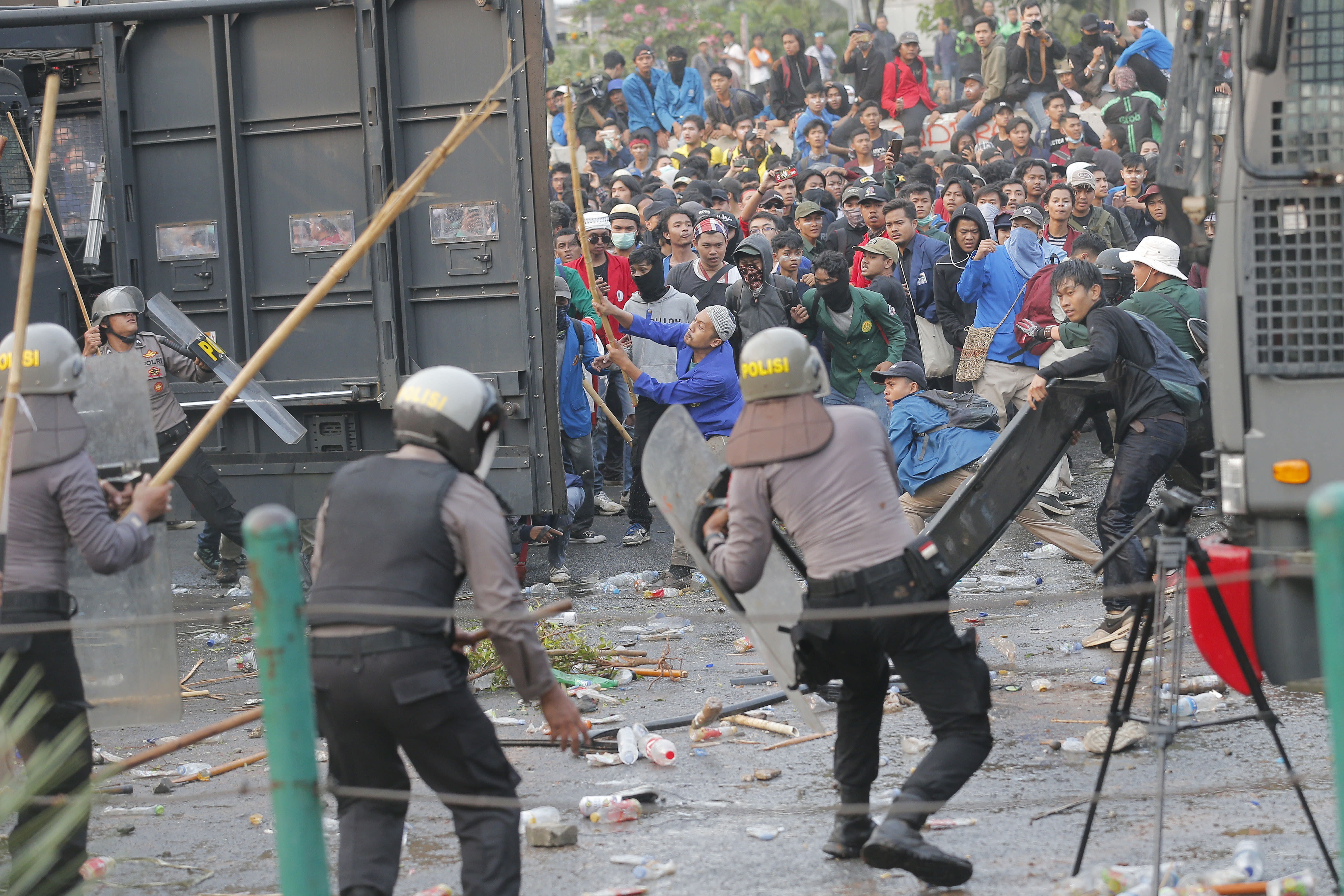 What is The Law about:

A contest between stone pelters and the police forces broke out. This was extremely close to the Presidential palace of the country. However, the Indonesian President was not in the palace during the occurring of the incident. In order to disperse the protestors and the pelters, the police decided to use and fire tear gas. The pelters in response to the tear gas shells decided to throw bottles and stones at the police. The situation was an extremely rim one. It is turning out to a massive problem in the state. A traffic police post was also burnt done by an angry mob in order to show their dissent. Over the course of 2 days, the police arrested over 200 people for violent protests. The amendment seeks to amend 79 earlier laws in the country. The demonstrators say that the new laws will lead to massive job loss along with that they object to the outsourcing of laws and the change of salary from a monthly to an hourly basis. All these together have seen a massive chain reaction from the people. the people seem to be in opposition to this. They seem to be very unhappy about the new law. As it may lead to a severe financial crisis for many of the people. the people affected by the law are mostly middle-class laborers and lower-class ones. The change was made for better administration by bureaucrats. However, this has not seemed to be the case until now.