A very rare egg fossil found in Argentina was scanned by the researchers and the 3D scan results have shown some very surprising results. The facial features of the baby have shown some mind-bending features of the species of a dinosaur group called Titanosaurs which are also widely regarded as the largest land animals that have ever lived on this planet. In Patagonia, Argentina a 1.2-inch long fossil was found, the fossil was of the skull of the animal.

This fossil, along with being rare, is very old, around 80 million years old according to the research team. The fossil belongs to the sauropod dinosaurs is reported to have very small embryonic bones and patches of skin which is fossilized and delicate. The fossil also contains the teeth and skull of one of these animals. 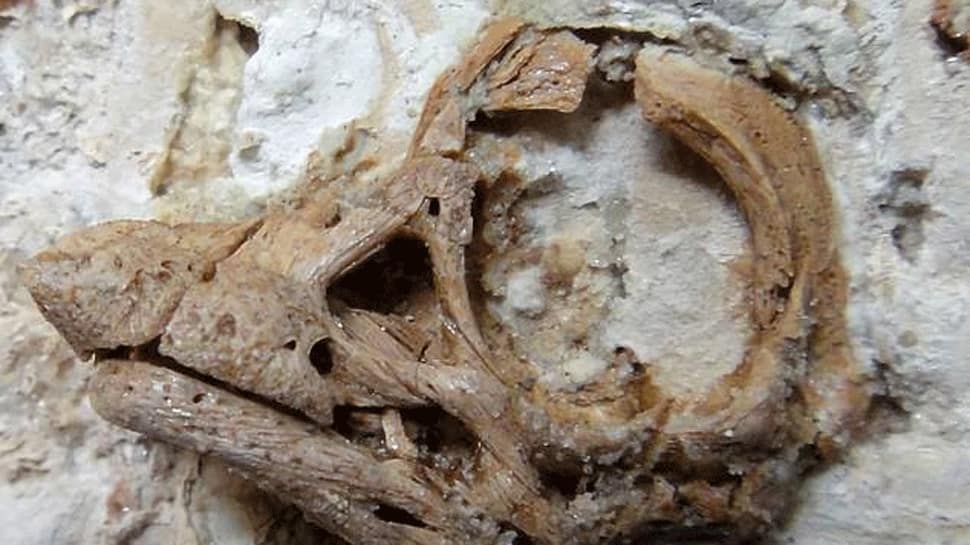 The surprising fact is that scientists have reported the use of the latest imaging technology which is known as synchrotron microbiology. This new technology has allowed scientists to come out with highly detailed 3D images of the sauropod dinosaur skull which was still unborn, with the tiny teeth. The scientists found out that these unborn animals had very special facial features that change through their growth process. Their face is described as horned and binocular eyes which are both not expected from the dinosaurs of that age. This image of the features of this dinosaur was revealed by very powerful imaging technology. This facial horn is believed to have helped those dinosaurs to hatch out from their eggs. This horn may also have helped these creatures in gathering food and defense.
The studies have found that the sauropods were large, long-necked, and four-legged dinosaurs which had a natural horn on their face. The horn distinguished these animals from others but it disappeared as they grew older. Another distinguishing feature was their binocular vision with which they could see at an angle of about 180 degrees.
The Baby Titanosaurus which were the biggest community in the sauropods family had very prominent facial features.

The possible reasons that these dinosaurs were born with special characteristics on their face are because they had to survive on their own. Gathering food, making shelter, and defending themselves from their enemies was their own task. Hence, the special features on their face help them to do so. It is indeed a fact that life during the prehistoric period wasn’t very easy for these creatures. And the need surviving on their own compelled the nature to gift them with their horn.
The first eggs of sauropods were found in fossil form about 25 years ago in the Auca Mahuevo region of Patagonia. Patagonia had been the site for the nesting of titanosaurs.

India And Pakistan Jointly Get The Ig Nobel Peace Prize 2020

What are the 5 most undervalued cryptocurrencies right now? – A look

About Yulu Do you know how difficult it is to travel in a taxi or travelling in a bus during...
Read more