Donald Trump is the 45th as well as the current president of the United States. He, before entering politics, was a wealthy businessman and a TV personality. He made profits in millions. Before becoming the US president, Trump changed political affiliations many times and in 2012 he registered himself for presidential speculation. 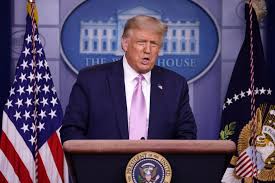 At the time of elections, Trump’s opponent was Hillary Clinton. Many people expected that Hilary will become the next president after Obama. But the results changed as many people assumed that, Trump will be a better president as he won’t only go after money and will work hard for the development of the country.

Recently there’s been news of Trump baselessly attacking Kamala Harris. Kamala Harris is the United States Senator. She is half Indian and American.

She in 2016 defeated Loretta Sanchez in the Senate Elections and became the United States Senator. She was recently attacked by Donald Trump because he thought that Kamala Harris was not competent enough to be the Democrats, Vice President nominee. 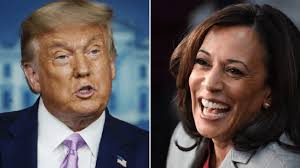 Instead, he thought that her Daughter Ivanka Trump is eligible enough to become the Vice President. At Londonderry, New Hampshire, he said- he would love to see the first woman president but he doesn’t want the first female president to be noncompetent and doing what she is doing just to get that seat.

He repeated said that- he would suggest his daughter Ivanka to become the eligible candidate for the same. When he attacked Harris, the reporters mainly focused on how the president is kind to women and has worked for Black Americans.

All which he said was not at all true, Trump has a history of making disparaging remarks on African Americans or Black Americans as they are Dumb or stupid. He is not even good to women as he has made some disparaging comments on women as well, like, Arianna Huffington is unattractive both inside and outside.

On Friday while giving a speech, he said that the off-script comments about Harris’s competence was just for his supporters. He baselessly attacked Kamala Harris because he thought that she’s too powerful and has got more support that Joe Biden, her opponent.

Nancy Pelosi, Speaker of the US House of Representatives has an amazing career. Here's a glimpse of Nancy Pelosi...
Politics

On Tuesday, March 16 an Indian American entrepreneur participated in a Round Table conference with US Vice - President...
Politics

Whitsun Reef located in the South China sea is now China’s new ground for aggressive expansion in the region....

author.kaniz - April 15, 2021 1:13 pm EDT 0
The American crime drama Better Call Saul has started its filming for season 6. Here's all the latest updates about it including the retained...

Amber Heard vs Emilia Clarke: Who’d be the Best Mera for...